A BREATH OF FRESH AIR

For 150 years, Aerzen has been producing equipment for compressing gases. And for decades, this machinery has been used around the world in blowers, to provide aeration at wastewater treatment plants, and for processing drinking water on cruise ships.

This family-owned business with over 2,000 employees is one of the world’s leading companies in the field. After fifteen years of substantial international growth, however, its management no longer felt prepared for the future. The increasing complexity in processing orders created massive problems in areas such as honoring delivery dates. Some fundamental changes had to be made so that their high standards could still be met as far as quality and reliable deliveries were concerned.

The company has always shown courage when it comes to growing and developing. As a consequence, in 2014 Aerzen joined forces with Staufen to begin completely redesigning all of the company’s structures. This not only involved new and efficient work procedures, but an extensive change process which also included the management culture and all of its employees. And all of this took place in keeping with Staufen principles: See. Learn. Act. Live.

At BestPractice visits to companies such as Voith and MTU Aero Engines, Aerzen employees could see for themselves how to implement Lean successfully. As a next step, over 100 managers had to learn the new management methodology. Parallel to that, lean trainers received training so they could disseminate knowledge throughout the entire company.

It was then time to act: Aerzen implemented several lighthouse projects simultaneously in the field of client-specific modified aggregates. This helped coordinate all of the phases of processing and orient them towards the clients’ schedules. With the help of Shop Floor Management throughout the entire product value stream, communication was optimized so problems could be identified more rapidly and sustainable solutions could be found. The system began to live.

Delivery problems were drastically reduced, even in the first pilot projects. After Lean was implemented, the lead time decreased by one third; the number of technical malfunctions was lowered by 70%, and overall productivity in pilot areas increased by 20%. Aerzen can now successfully process far more orders with the same number of employees, thereby ensuring its ability to grow on the global market. Another achievement: Employees are now much more open in their communication and have far greater confidence in the ability of their managers and their company to solve problems. The company’s courage paid off once again. 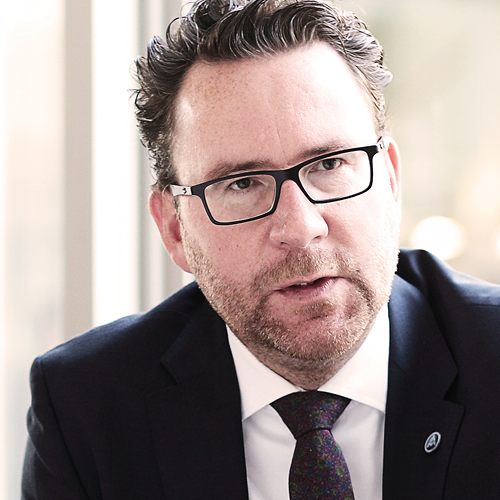 The executive board has to be able to get the management and employees excited about a project like this. They also have to explain a basic question: What is the point of lean, and why are we doing this?

Read here about the things that move us and your industry. Our selection of news will keep you up to date about people, projects and the latest issues of interest.

In our blog you will find insightful articles about the topics that drive us: Lean Management, Organizational Development, Digitalization, …

A breath of fresh air. – Aerzen

Mechanical engineers from Lower Saxony, Germany, provide a soaring example of Lean transformation. Change processes all depend on how a company‘s management sees itself. This is an insight that gained ground at Aerzen, a specialist in compressed air, gas and vacuum, and the outcome was a massive Lean transformation project.